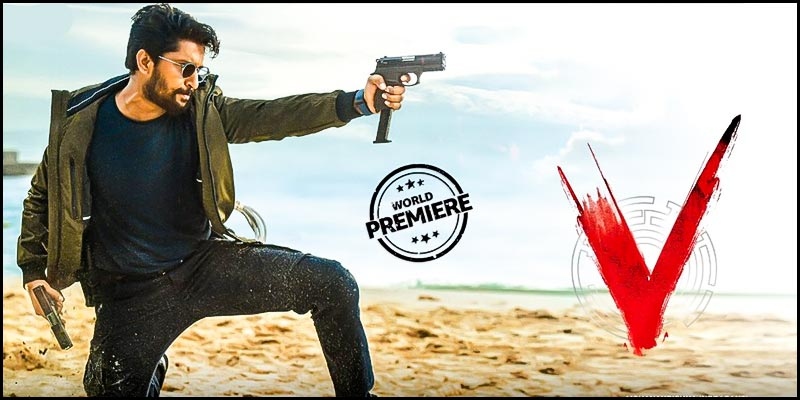 V  – Nani is the only highlight of this boring thriller

After the mixed response to his last release Gang Leader, Natural star Nani is back to entertain with his first direct OTT release V, which also happens to be his milestone 25th movie. This is the third collaboration of the actor with director Mohanakrishna Indraganti after Ashta Chamma and Gentleman and let’s see what V has in store.

V begins with supercop Aditya (Sudheer Babu) being celebrated by the public, media and everyone for his bravery and then follows a murder and a mystery man (Nani) who commits it and challenges Aditya to solve the mystery and stop his murders or return his gallantry award in case of failure. Who’s the mystery man and why he commits murders, how’s he connected to Aditya, whether the mystery man was able to murder his targets or gets stopped by Aditya is what the movie is all about. 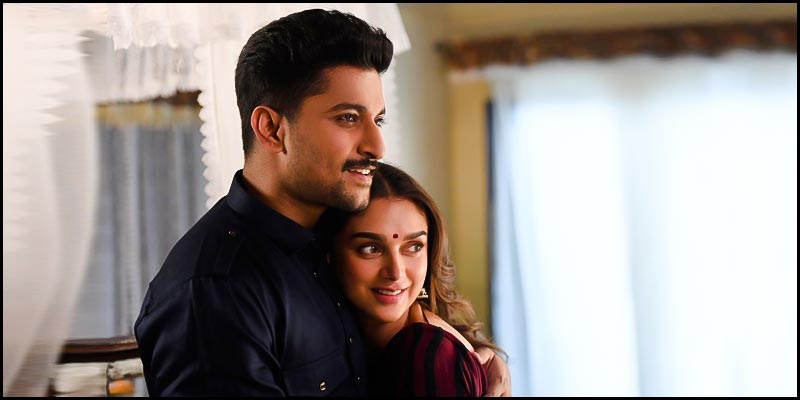 As Vishnu, the mystery man with shades of grey and a heart-wrenching past to narrate, Nani in his 25th movie excels, and delivers an arresting performance be it in the action episodes or the humorous ones, and pulls off a swag filled act. Sudheer Babu as the cop on the hunt Aditya is apt with his chiseled physique and subtle act and excels in stunts and dance. Aditi Rao Hydari makes a cute cameo appearance while Nivetha Thomas is completely wasted in an insignificant role. The rest of the cast including Rohini, Thalaivasal Vijay and Jayaprakash do not have much scope. 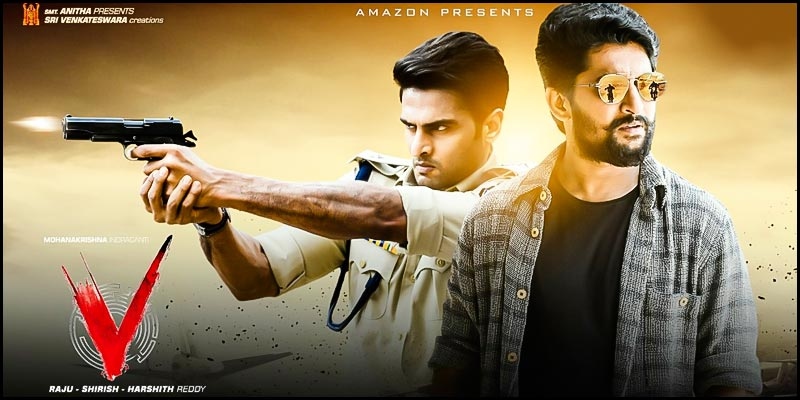 Having delivered two hits – Ashta Chamma, Gentleman with Nani, much was expected out of Mohanakrishna Indraganti from V, also being the actor’s 25th movie. However, Mohanakrishna Indraganti has completely letdown audience with a beaten to death plot, and a weak execution which lacks freshness or interesting sequences. Nani keeps the audience engaged with his constant alternation between a humorous self with people and his murderous acts and challenge with Sudheer, while Sudheer’s character is focused more on romancing Nivetha Thomas than resolving the case. 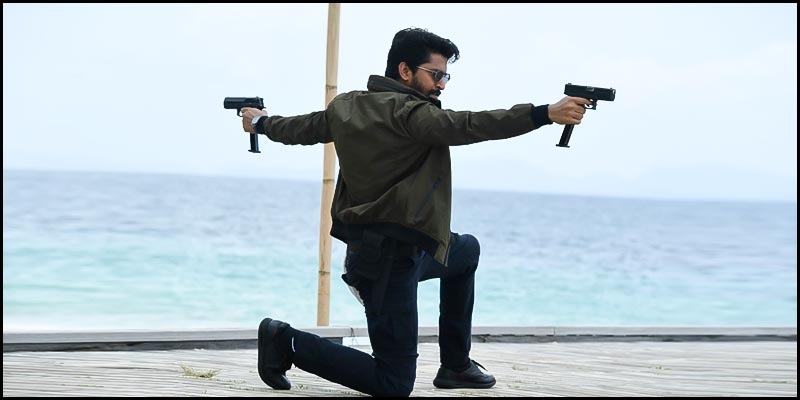 The pace of the screenplay is a huge concern as V doesn’t have any intelligent episode of the protagonist and the antagonist proving their might, and has songs in unnecessary places. Besides a weak, 80s style flashback, the movie completely lets go off logic, as a wanted criminal whose identity is found is let loose to travel abroad and a target of the criminal is seen partying with death threat around. All said, V could have worked with a better, racy screenplay with engaging moments but falls due to the lack of it, only to made partially watchable by the sincere efforts of Nani alone. While the movie moves on a predictable note with a boring mystery angle, the real mystery is what made Nani choose V as his 25th movie.

Verdict: A boring thriller with Nani being the only highlight.