Samantha becomes first Indian actress to get this! - Tamil News 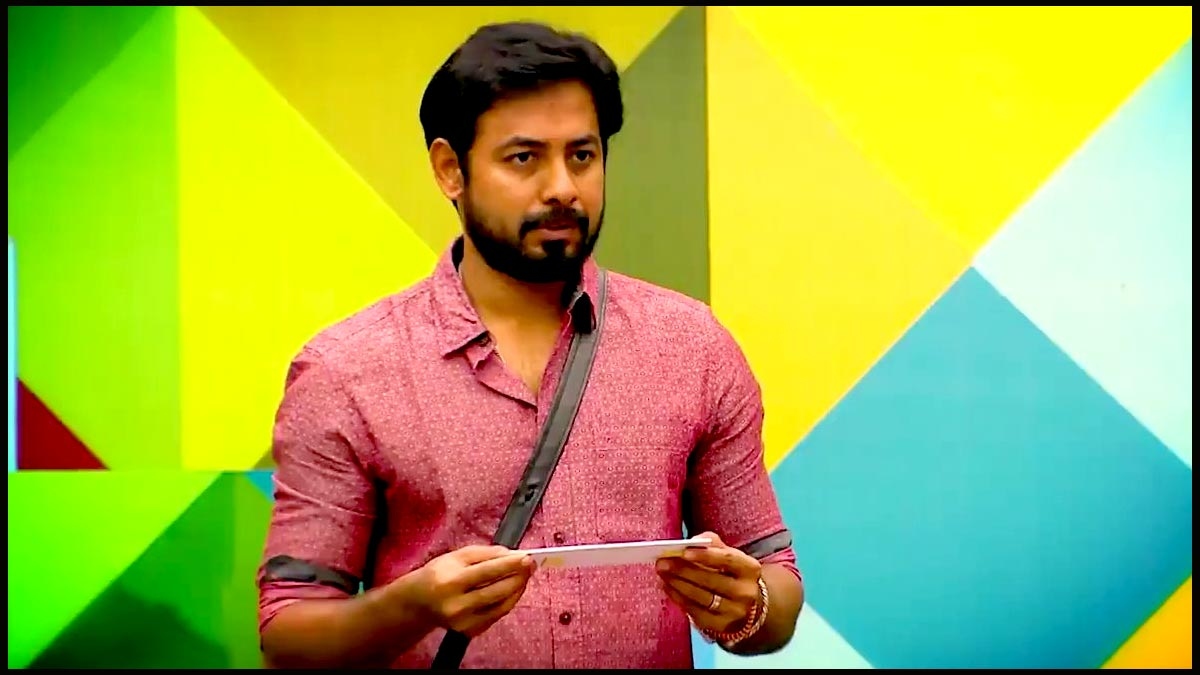 Actor Aari who has received wide appreciation for his films such as ‘Nedunchalai’ and ‘Maya’ has now turned out to be the most loved contestant in ‘Bigg Boss 4’ hosted by Kamal Haasan. His army on social media has already concluded that he is the title winner and the finale is just a formality. 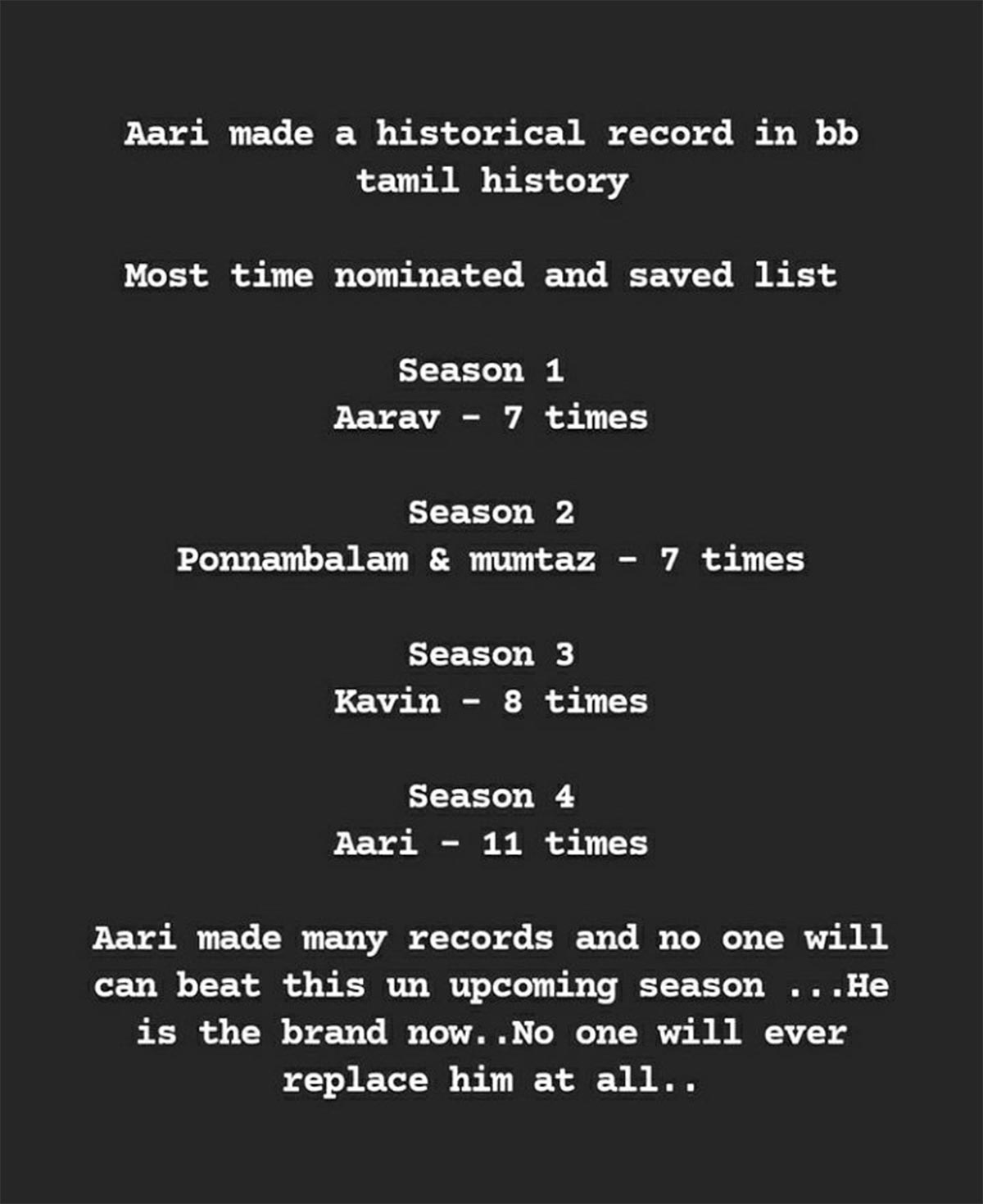 Aari is silently breaking records not only in this season of ‘Bigg Boss’ but in its four-year history as well. In almost all, the opinion polls conducted Aari is not only winning a hundred percent but also by a big margin which has never happened to any other contestant so far.

Aari has also created history by being saved by the people’s votes eleven times after nominations for eviction. So far in ‘Bigg Boss’, Aarav in season one was saved seven times, Ponnambalam and Mumtaz also saved seven times in season two and Kavin eight times last season. 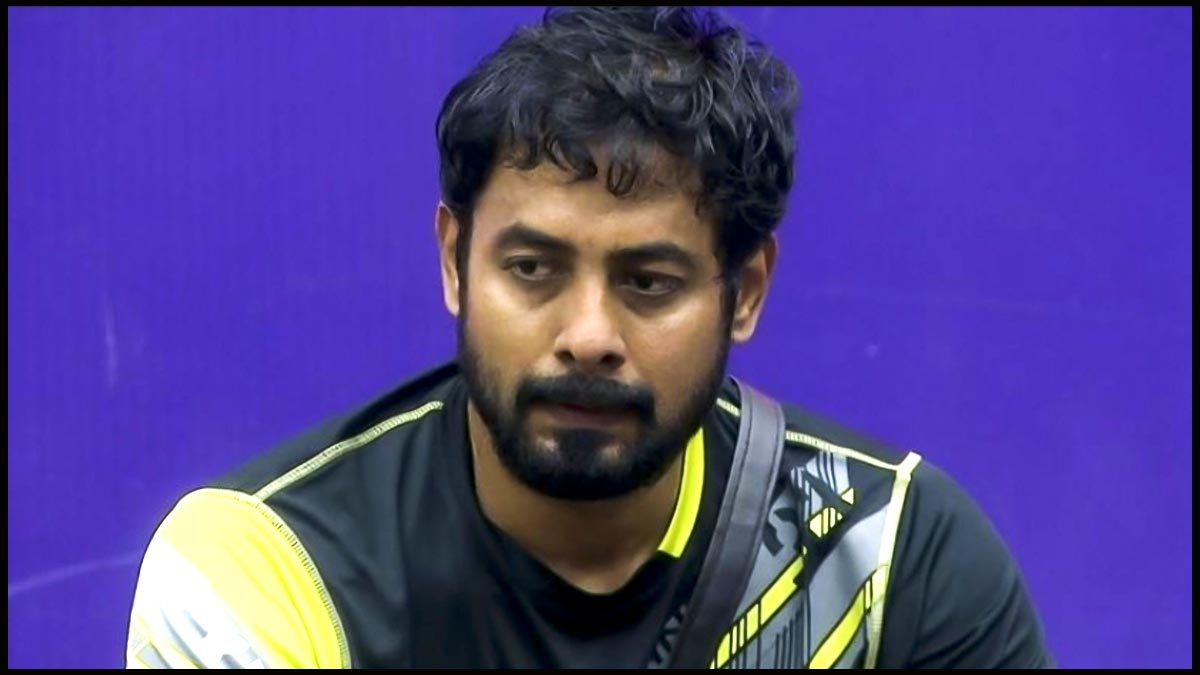 In the fourteen weeks that Aari has been in the ‘Bigg Boss 4’ house except for the first week and the one in which he was the captain he has been nominated for elimination. The Aari army is challenging that even in the coming seasons of the reality show no other contestant can get this kind of support from the audience.