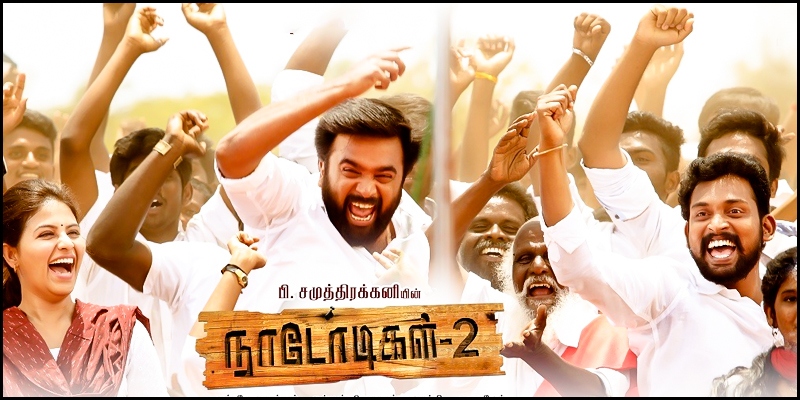 Nadodigal 2 – Goes to the next level

Sequels are in vogue in Tamil cinema but an alarming number of them have failed at the box office and most are an insult to the original.  The Sasikumar-Samuthirakani team has come up with ‘Nadodigal 2’ ten years after their cult classic and do they succeed in winning over the audiences again or fall into the sequel curse remains to be seen.

Jeeva (Sasikumar), Sengodi (Anjali) and Pandi (Bharani) along with a few others work towards social reforms in their casteism dominated town near Madurai.  The comrades endure physical pain as well as become outcasts but still go on with their ambitions helping a transgender become a noteworthy citizen and also build a growing casteless group of likeminded people.  Jeeva is past the marriage age and his life principles come in the way of getting a girl and after several attempts, a rich girl Sowmya (Athulya Ravi) from his own cast agrees to marry him.  On the wedding night Sowmya’s behaviour not only destroys Jeeva’s personal life but also poses a challenge for what he stood for all his life.  Does the hero win in his selfless goals or not forms the rest of the story. 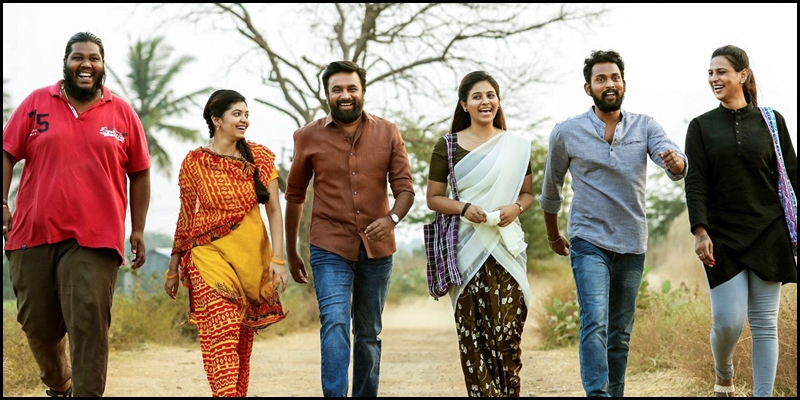 Sasikumar in a role modelled on his most famous one from ‘Nadodigal’ is back in full form and even the on the face messages that he delivers sound true coming from him.  He also excels in the action sequences and humour when he goes to see Athulya and his interactions with Anjali.  Anjali the seasoned performer is in her elements as the social activist doctor in thankfully a role that is equal to the hero in every possible way including action scenes.  The late romance that Sasi and Anjali share in the end is also pleasant.  Bharani reprises his role as Paandi the sidekick and is very effective throughout the film.  Athulya Ravi has put in a neat performance as the young girl who is caught between forbidden love and her parents.  Vikram Anand as the lower caste boy has given a good account of himself.  Gnanasambandam, Namo Narayanan, the actor playing the lone activist and the one as the drunkard provide the laughter in the scenes they appear.  There is also a Samuthirakani cameo surprisingly without a single dialogue. 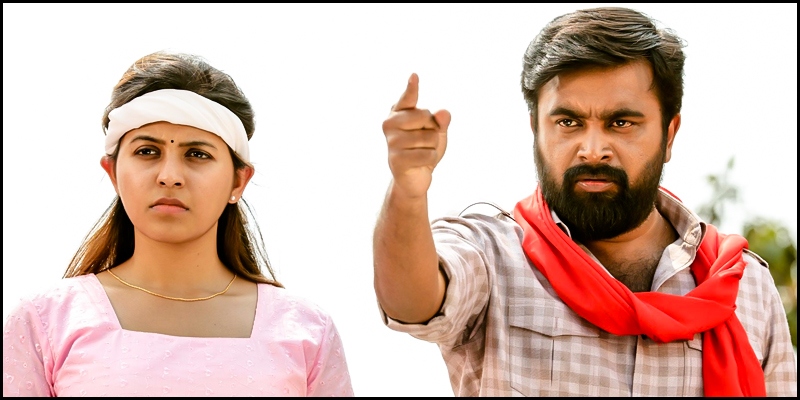 What works best in ‘Nadodigal 2’ is the strong messages against casteism and the bold commentaries on the treatment given to those who fight for social reforms.  The opening has a long drawn out but clever scene in which the police allow miscreants to enter a peace gathering and turn it into a riot but ends in Sasikumar and co identifying the imposters and rounding them up.  A sequence showing a transgender Namitha as a crusader who becomes a cop is truly touching and the space given for the third gender in the screenplay is commendable.  A character who is drunk all the time speaks the best lines including how the alcoholics help the Tamil people to get their freebies from the government is a scream.  The scenes that show how third persons turn parents against their own children to kill them should serve as a warning bell.  For the fans of the original the Athulya- Vikram Anand portions give them the nostalgia including a female villain. 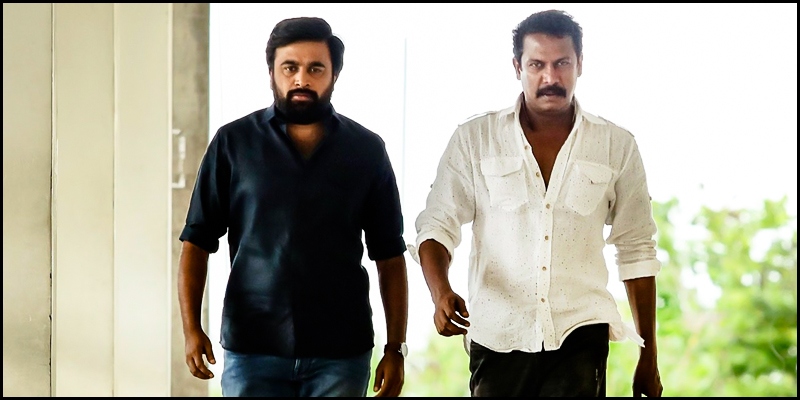 On the downside the freshness present in the screenplay of ‘Nadodigal’ is missing here and so is the high humour quotient.  The action sequences are over the top and don’t gel with the other parts.  While the first half is tight the second goes wayward and only a few sentimental and nostalgic scenes save it from total blandness.

Justin Prabhakaran’s songs are a part of the story and are very pleasant on the years with his background also in sync with the proceedings with the iconic “Sambo Shiva Sambo” as a bonus in the climax.  N. K. Ekambaram and A.L. Ramesh are in charge of the impeccable cinematography and editing.  Samuthirakani has tried to weave in the core elements of the original to his social reforms theories and succeeds to a certain extent.  He wins in making his messages sound honest though he has sacrificed finesse in the process.

Verdict : Go for this one to enjoy the nostalgic moments of the original and the strong social messages delivered with fine performances from the cast.