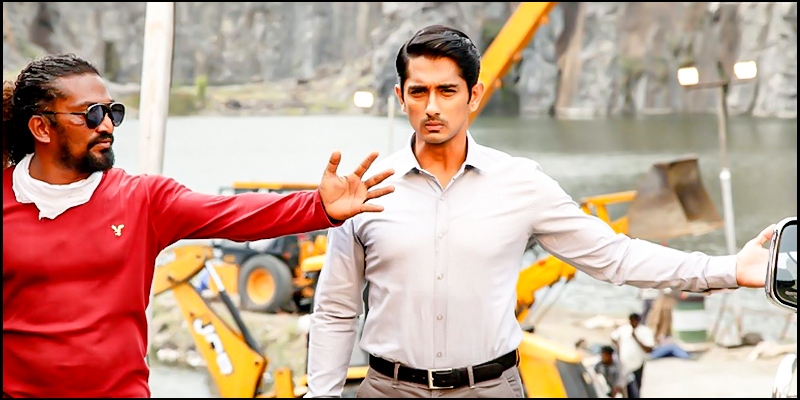 Tamil cinema fans are always game to watch horror movies and also don’t mind a social issue-based flick as well from time to time.  Director Sai Sekhar has tried to marry the two genres and come up with ‘Aruvam’ that deals with a raging social evil.  Whether the audience give it a thumbs up remains to be seen.

Divya (Catherine Tresa) is an elementary school teacher who is disabled by the loss of the smelling sense.  She is a big fan of Mother Teressa and goes about doing all the social work under the sun.  Impressed by her a young man Jagan (Siddharth) comes right to her house and asks for her hand but Divya rejects him citing her disability and how that could affect people close to her.  The gentleman Jagan leaves giving her time to reciprocate his feelings and willing to wait.  After that strange things happen in the school building that Divya works in and also murders of prominent men in the city occur mysteriously.  A strand of hair found at a murder sight points to Divya and she is abducted to a deserted factory where several men try to kill her but are killed by a mysterious force.  What is that strange force?  Is Divya killed?  Where is Jagan all this time? are questions that are answered in the rest of the screenplay. 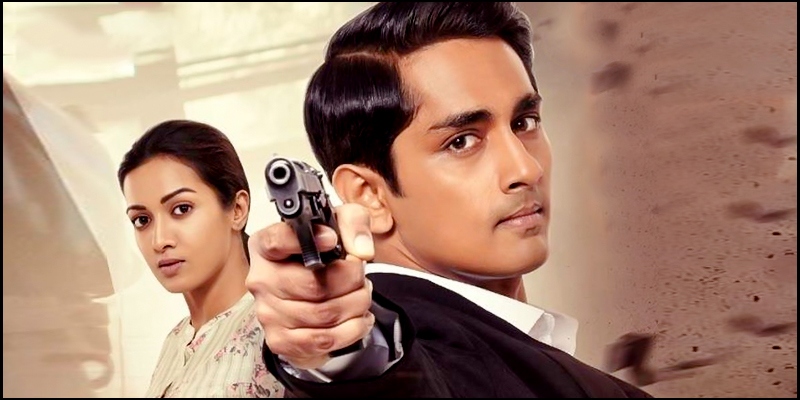 Siddharth hardly has three or four scenes in the first half and only the romantic dimension is shown in that time which looks pretty usual.  Post interval it is Sid’s show all the way as he appears as the Food Safety Assistant Commissioner who not only brings the adulterators to justice but also exposes the dangers of consuming food right from the snacks on the roadside to milk that everyone is everyone’s staple.  He has also delivered the dialogues with conviction and scores in the fight scenes as well.  Catherine Tresa has a meaty role which is a huge relief considering the minuscule roles that actresses get nowadays and she endears herself to the audience when interacting with the impoverished student.  She is pretty convincing as the disabled person and also gets to do some action with the rope draped fight standing out.  Sathish once again tries to mouth comedy counters with none resulting even in a faint smile. The rest of the cast including Aadukalam Narain, Madhusudhan Rao, Stunt Silva, Kumaravel, and Kabir Dulhan Singh go through the motions with no scope to turn their mundane roles into anything substantial. 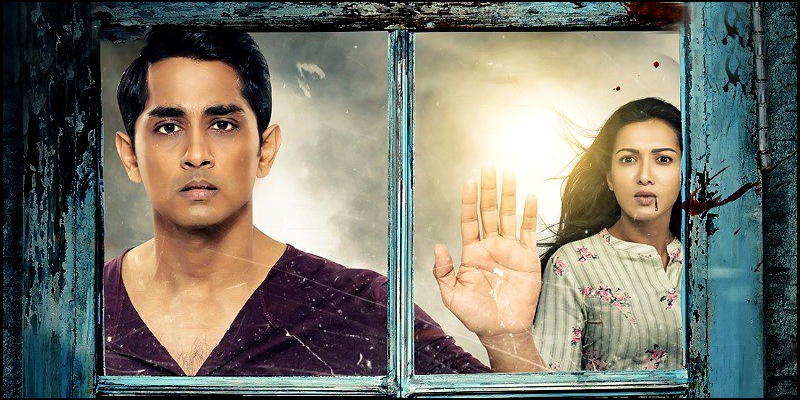 What works best in ‘Aruvam’ is the sequences that expose the adulteration processes in the food industry that is truly stomach-churning and after the show you think twice before drinking tea at the roadside stall or a meal at the classy restaurant chain as well.  How the dreams of  the government school children who consume noon meal scheme food are quashed due to the evils of adulteration are shown convincingly  Similarly the dialogue in that scene in which the parents say that the government has paid them compensation to shut their mouths and that the children paid off their debts by dying has a strong ring of truth in it.  The writing of Siddharth’s character as a man who returns from death to take revenge for a social cause is also quite novel in the horror genre.

On the downside thought the horror element is what keeps the interest going it does not quite gel with the social issue side of the story.  The first half has some amateurish and oft-repeated love scenes and fake dialogues that test the patience.  The avenging ghost design and what it can do and cannot do and the Nigerian saamiyaars as ghost hunters is unintentionally funny. Caricature villains are also no help either. 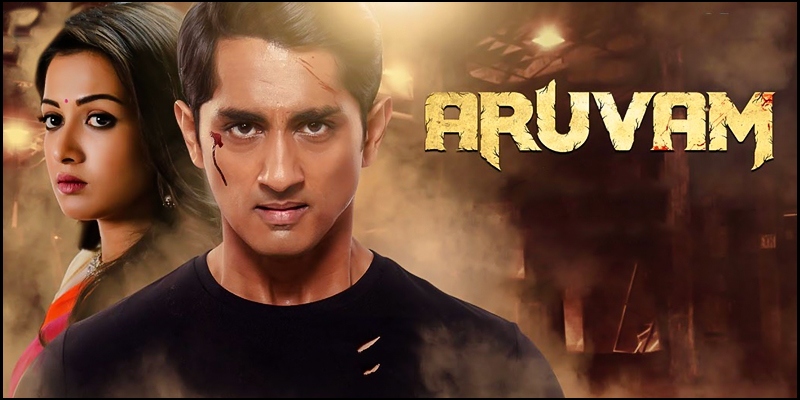 Thaman has scored some mass music for Siddharth that dominated the entire second half and suits the proceedings but the songs have no recall value.  N.K. Ekambaram’s cinematography and Praveen K.L’s editing are on par with the director’s vision.  Trident Arts have chosen to bankroll a two in one film that mixes the ‘Kanchana’ series with ‘Velaikkaaran’ with a fairly positive result.  Director Sai Sekhar deserves credit for exploring the food adulteration issue to maximum effect and also for keeping the proceedings fairly engaging.

Verdict : Go for this film that tackles a raging social evil with a mildly amusing horror element as well.