Breaking! Selvaraghavan and Dhanush to give a grand Pongal treat to fans - Tamil News Ace filmmaker Selvaraghavan has revealed that the title look of his upcoming movie ‘S12’ starring Dhanush in the lead will be unveiled on January 13th at 7.10 pm as a grand Pongal treat for fans. 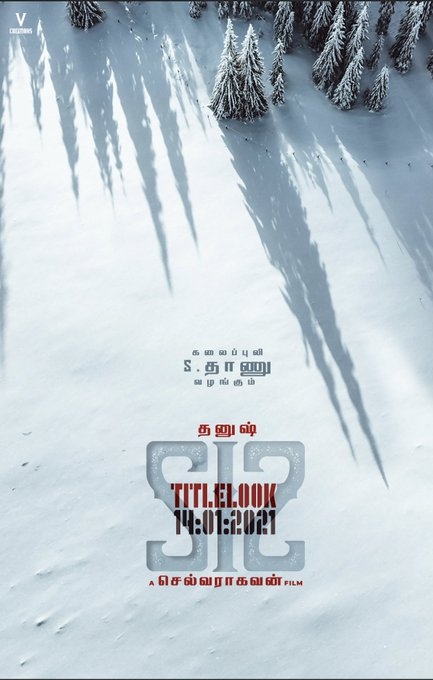 ‘S12’ is produced by Kalaipuli S Thanu with Yuvan Shankar Raja scoring the music and Arvind Krishna handling the cinematography. The film is planned on a huge budget and the subject and screenplay is said to have pan Indian and universal appeal.

‘S12’ is the fifth film from the Dhanush and Selva combo after the cult classics ‘Thulluvadho Ilamai’, ‘Kadhal Kondein’, ‘Pudupettai’ and ‘Mayakkam Enna’. This is also the first Selvaraghavan film that Kalaipuli S Thanu is producing and its his fourth with Dhanush after ‘VIP2’, ‘Asuran’ and the soon to be released ‘Karnan’