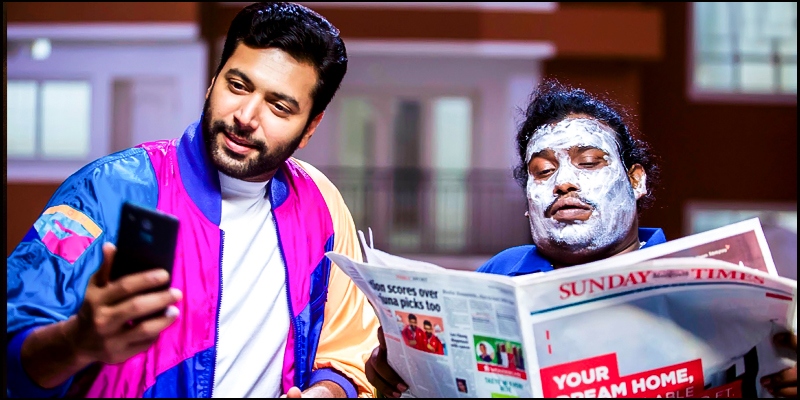 The trailer of ‘Comali’ stoked a huge controversy for trolling Superstar Rajinikanth’s political stand for the past few decades which helped it to trend. However, the shots suggested an interesting premise of a man rising from a coma after sixteen years and shocked by the changes the world has undergone in that period. Is the film as crazy and entertaining as the sneaks peaks promised remains to be seen?

It’s 1999 and Ravi (Jayam Ravi) a twelfth standard student taught good virtues by his parents is in love with classmate Nikkita (Samyukta Hegde). The day he decides to propose to her he meets with an accident and falls deep into a coma.  Sixteen years later Ravi wakes up and finds everything around him changed except his close buddy Mani (Yogi Babu) who has now become his brother in law. Ravi decides to go after his girlfriend who is now married and how he copes up with the modern world and find a new life for himself firms the rest of the story. 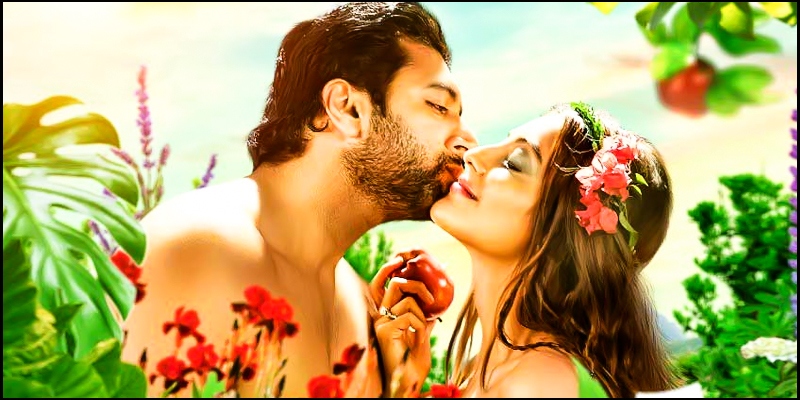 Jayam Ravi like always has given his all to his character from transforming into a teenager to trying to work his way with the drastic changes around him. His best comes when he sincerely advice the younger generation to come out of their obsession towards gadgets and machines and in the highly emotional climax. Kajal Agarwal is wasted in the role of the mandatory live interest and, sadly, she does not even have screentime to develop any sort of chemistry with Ravi. On the other hand, Kannada actress Samyukta Hegde makes an impressive debut playing both versions of her character convincingly and also showing a streak of humor in the negative search scene. Yogi Babu is in top form as the hero’s soul mate delivering his counters efficiently and keeps the audience on smile mode most of the time with a few laughs out loud jokes also thrown in. K.S. Ravikumar plays the antagonist with a touch of humor.

ShaaRaa’s loud and over the top acting for a change works to his advantage. 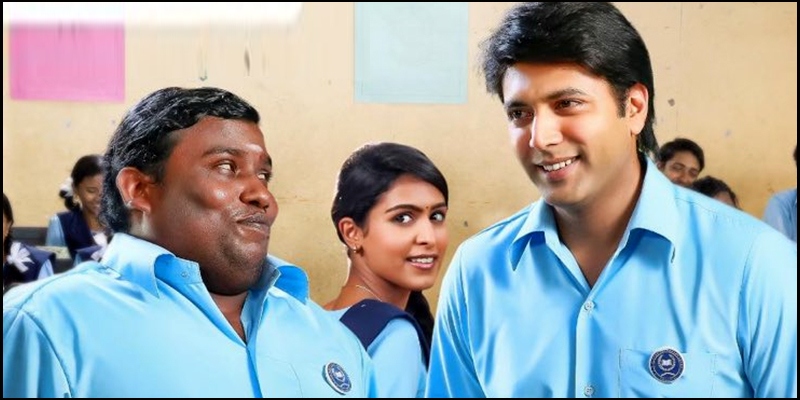 What works best in ‘Comali’ is the touching climax where the real-life moments during the 2015 Chennai floods have been cleverly used to send home a good message. The sequence where Ravi, Samyukta, Sharaa and Yogi Babu search for the negative is pretty hilarious. Some of the comparisons between the 90s and present hit home and so do the message to give kids more outdoors and take them off gadgets.

On the downside, the screenplay fails to capitalize on the novel premise of a coma patient waking up after several years. The first half struggles to move forward and the second half suddenly takes an entirely different path leaving the audience in a confused state and the novelty of the film is lost in the bargain. Jayam Ravi’s hard work is almost nullified by the inconsistency in his characterization like for example one moment he learns to use the Facebook and a few scenes later do not know what the internet is capable of. 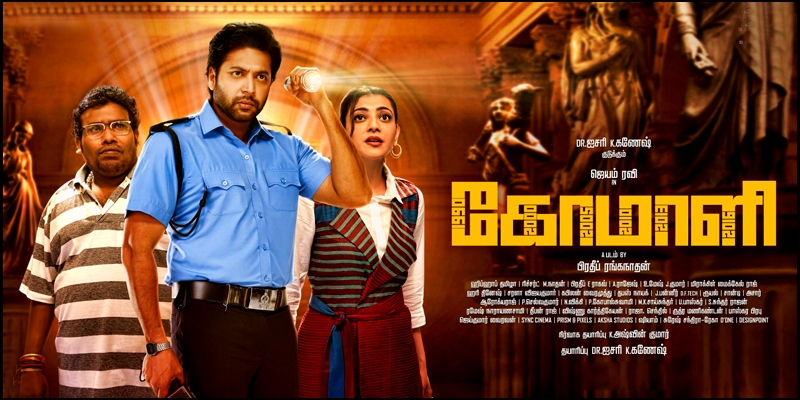 The familiar Hip Hop Tamizha songs provide the youthful vigor to the proceedings while the background score is loud and intrusive in a few instances. Richard M Nathan’s cinematography has made the film exuberant with the flood sequence taking the cake. Editor Praveen KL has saved the entire film by his cuts for the climax moving the audience. Debutante Pradeep Ranganathan a youngster displays authority in a few scenes amateurism in others and has also not really burnt the house with his core idea but on the whole, he shows glimpses of brilliance and could build a strong career from this headstart. Vels Films International have opted for a different subject and have added solid production values and the youth audiences would surely keep the cash registers ringing.

Verdict : Go for this timepass entertainer with a few strong messages