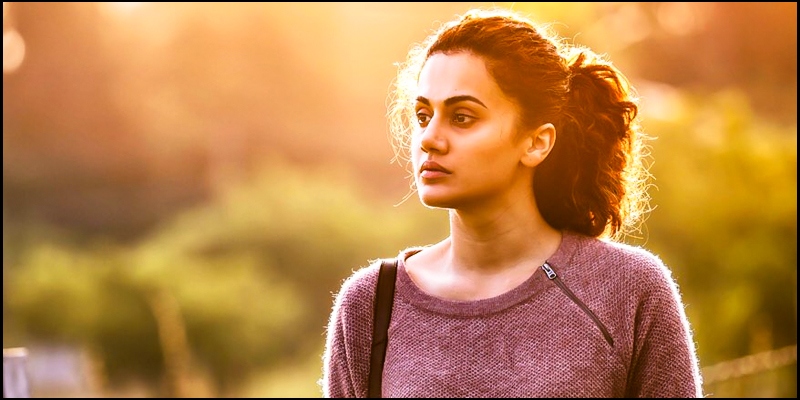 Tapsee Pannu makes a comeback to Tamil cinema after a few years joining hands with Ashwin Saravanan who made an impressive debut with the Nayanthara starrer ‘Maya’.  Will this psychological thriller/home invasion/slasher film with a supernatural element be playable to all sections of the audiences remains to be seen.

‘Game Over’ begins with a young girl abducted and tied up by an unknown man who fastens a plastic bag over her head suffocating her to death and filming it.  News channels flash that a slasher killer is rampant claiming many victims.  Elsewhere Swapna (Tapsee) a game developer has shut herself out from her parents and lives in a posh bungalow along with her maid Kalaamma (Vinodhini).  She is addicted to the pacman game and never leaves the house which is under electronic security.  As the story progresses we get to know that Swapna is suffering severe trauma from an harrowing incident that happened to her a year ago on New Year’s day.  Soon she realizes that the pacman tattoo on her hand has been done from mixing the ashes of a dead person.  The killer is now after her and is what is happening around her real or figments of her imagination or is there a supernatural being involved are the questions that the film leaves to the imagination of the viewer in a triple angled climax. 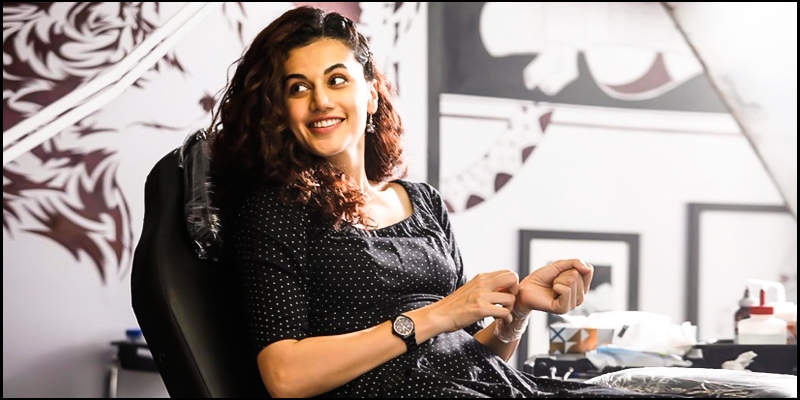 Tapsee Pannu shoulders the entire film with her impeccable acting and she has given her best when she expresses her character’s trauma through heavy breathing and broken speech.  Vinodhini is one of the few notable female character artistes in the current scenario who gives yet another noticeable performance as the maid Kala.  Sanchana Natarajan the young girl who gets killed in the first scene is the key for the entire screenplay and she has excelled in the different getups and expressions.  The rest of the cast are all adequate.

What works to the advantage of ‘Game Over’ is the manner in which Ashwin Saravanan has married multiple genres into the script and has kept the viewer’s brain working hard to decipher his clues (most times when they dont even exist).  The heroine being a hardcore gamer the climactic three angled sequence has been designed just like a video game in which the player uses his lives to play better than the last time.  The supernatural angle is used commendably to instill confidence in the heroine rather than to scare her or the audiences.  The depiction of the slasher/rapist as hideous masked individuals (arent they that in real life) and the surreal end in which the heroine slays her inner demons are the standout parts of the film. 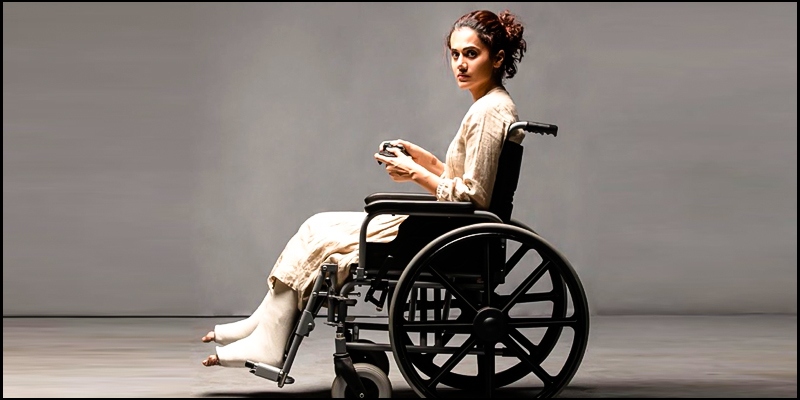 On the downside the less is more styled writing works counterproductively as it is not enough for the audience to relate with the heroine or care about her turmoil and stay detached. Nothing much happens in the first half and though there is build up the pay off is not as fulfilling as it should have been.  Home invasion and slasher genres work in Hollywood mainly because of American residences are built far apart from each other.  The same cannot be passed off convincingly in a crowded Chennai setting and this may be the reason that one gets a feeling of watching a Hollywood movie dubbed to perfection in Tamil with nativity going for an absolute toss. 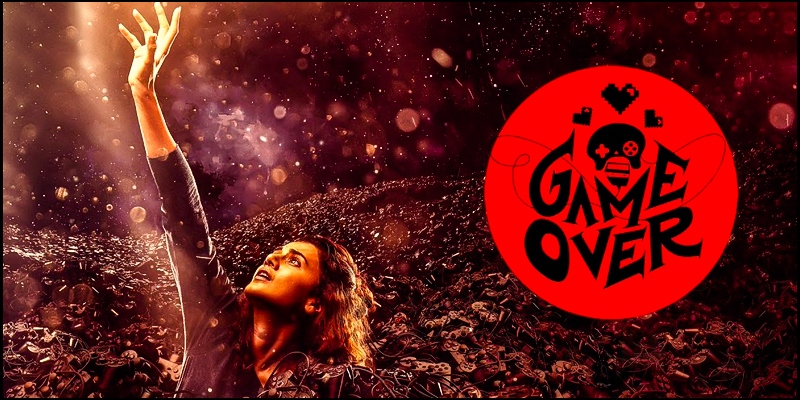 The real heroes of ‘Game Over’ are cinematographer A. Vinod and the art director who have competed with each other to bring the vision of the director to life.  For every impressive found footage or CCTV shot there is a glass candle cup or that fantastic tattoo shop setup to gape at.  Ron Ethan Yohann’s background score is symphonic in the build-up and synthetic when handling the twisted sequences but on the whole, is a job well done. The editor Richard Kevin, the sound editor and the rest of the technical team deserve the bouquets for that hip feel throughout.  Producers Y Not Studios have a winner in their hand as far as the multiple streams of business this game is going to generate.  Ashwin Saravanan should be commended for offering something new and never like before and wins big as far as the technical execution is concerned but at the same time has only catered to a niche audience.

Verdict : Go watch this game if you crave for something new and want your brain to get some much-needed exercise.