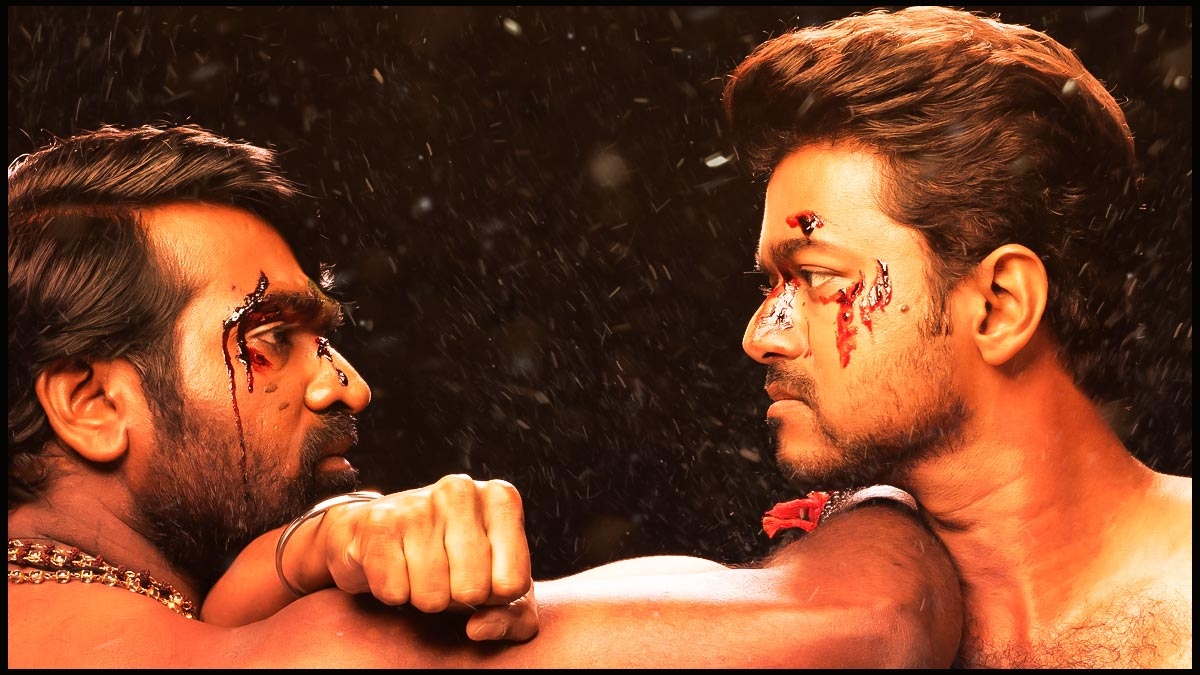 This Pongal’s grand release ‘Master’ starring Thalapathy Vijay and Vijay Sethupathi and directed by Lokesh Kangaraj is a milestone film not only for the team but also for the theater business that is in the ICU due to the coronavirus pandemic.  Fans have shown tremendous love by lighting up the “House Full” board for almost a week in advance bookings.  Does the film itself live up to the high expectations it set remains to be seen? 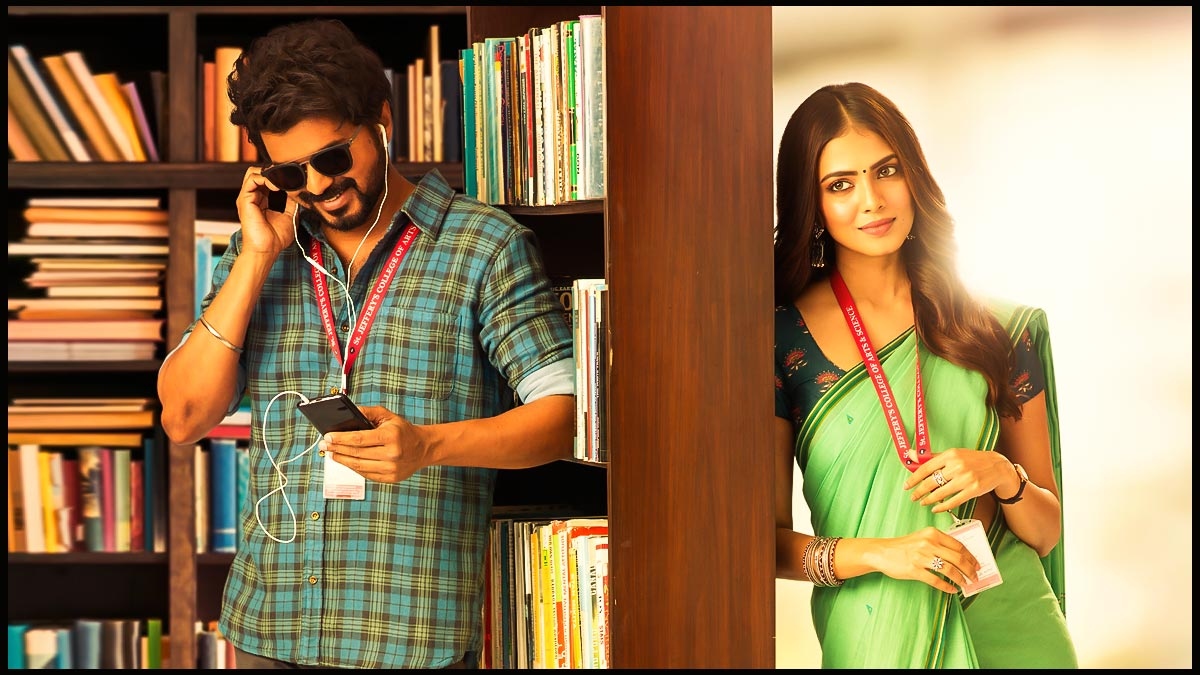 ‘Master’ is about an alcoholic professor JD played by Thalapathy Vijay who is appointed to a college for juvenile criminals and he locks horns with a dreaded gangster Bhavani played by Vijay Sethupathi who is using the youth for his nefarious activities. The film is all about the confrontations between the two powerful characters and in reality the two powerhouse performers Vijay and Vijay Sethupathi as well. 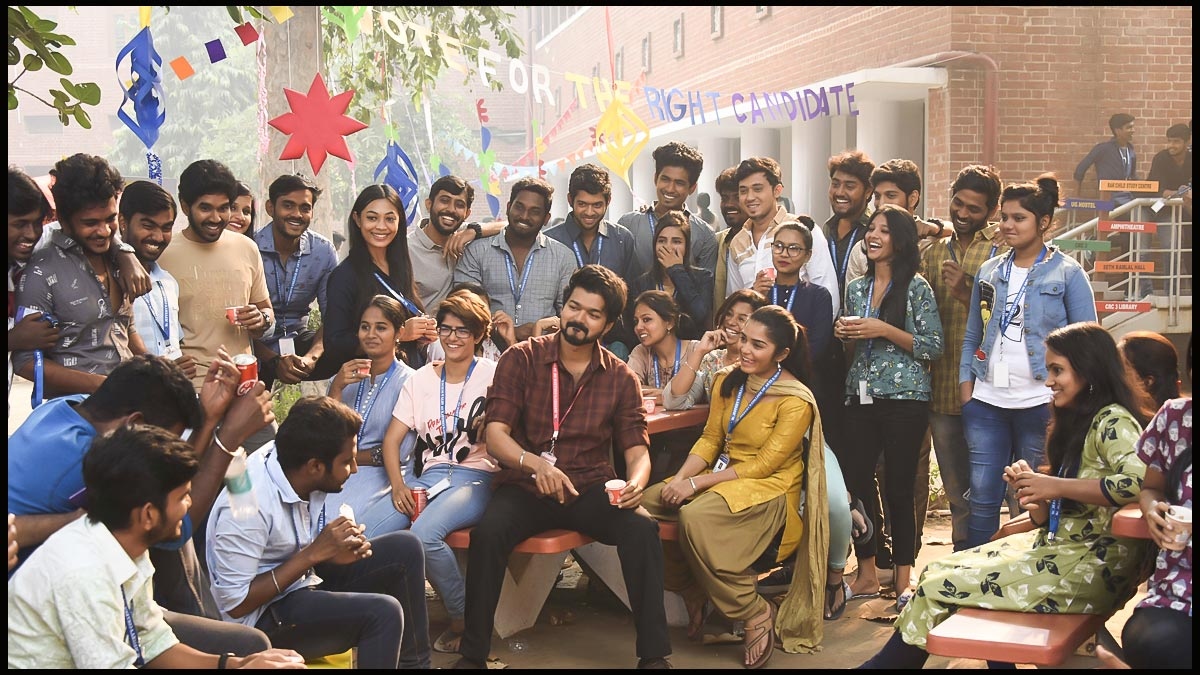 The ageless Thalapathy Vijay has taken on a flawed character of an alcoholic and infuses heroism into it and its safe to say that his performance for every emotion in the film is a ‘Master’ piece. Vijay Sethupathi is the Makkal Selvan for a reason as his towering evil act has touched yet another highpoint in his career. Arjun Das makes his presence felt in the limited scope he gets, and the rest of the cast including Malavika Mohanan, Andrea Jeremiah, Shanthanu have very little to do with Vijay and Vijay Sethupathi completely dominating the show. 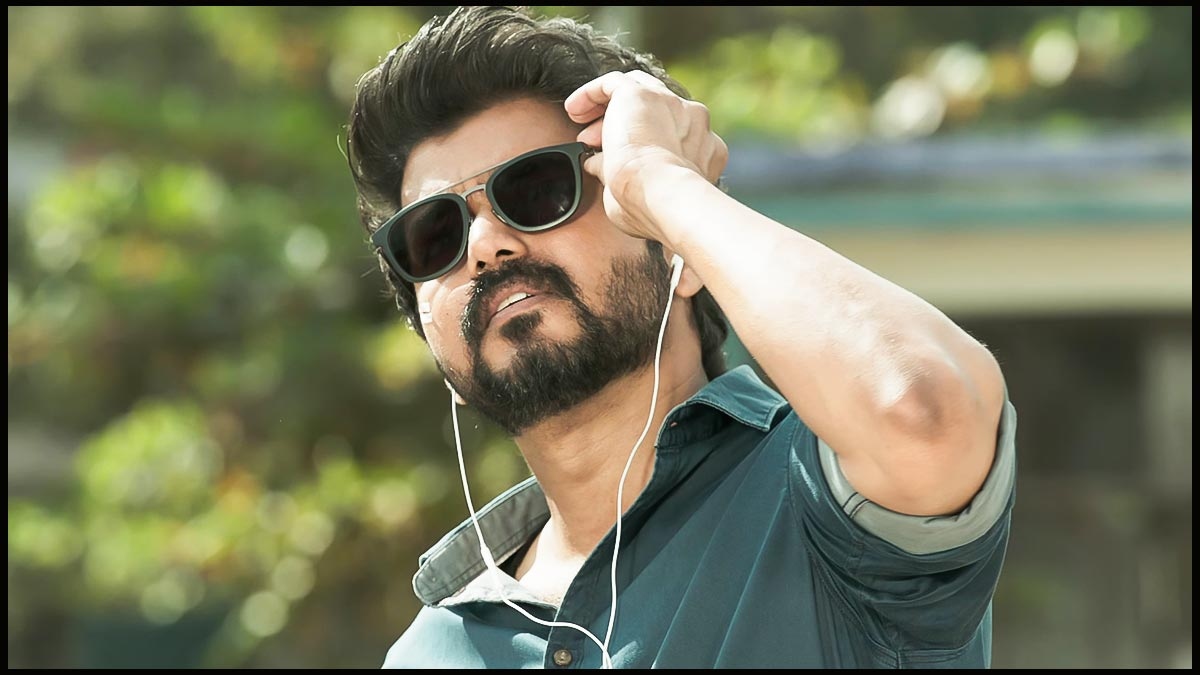 Music by Anirudh is one of the major highlights of ‘Master’ and the entire album already became chartbusters much before the film’s release.  On-screen the songs are cleverly incorporated with the flow of the screenplay which is another major plus.  Sathyan Sooryan’s cinematography is topnotch capturing the clash of the titans to perfection while Philomin Raj has edited the three hour-long film without tiring the audience. 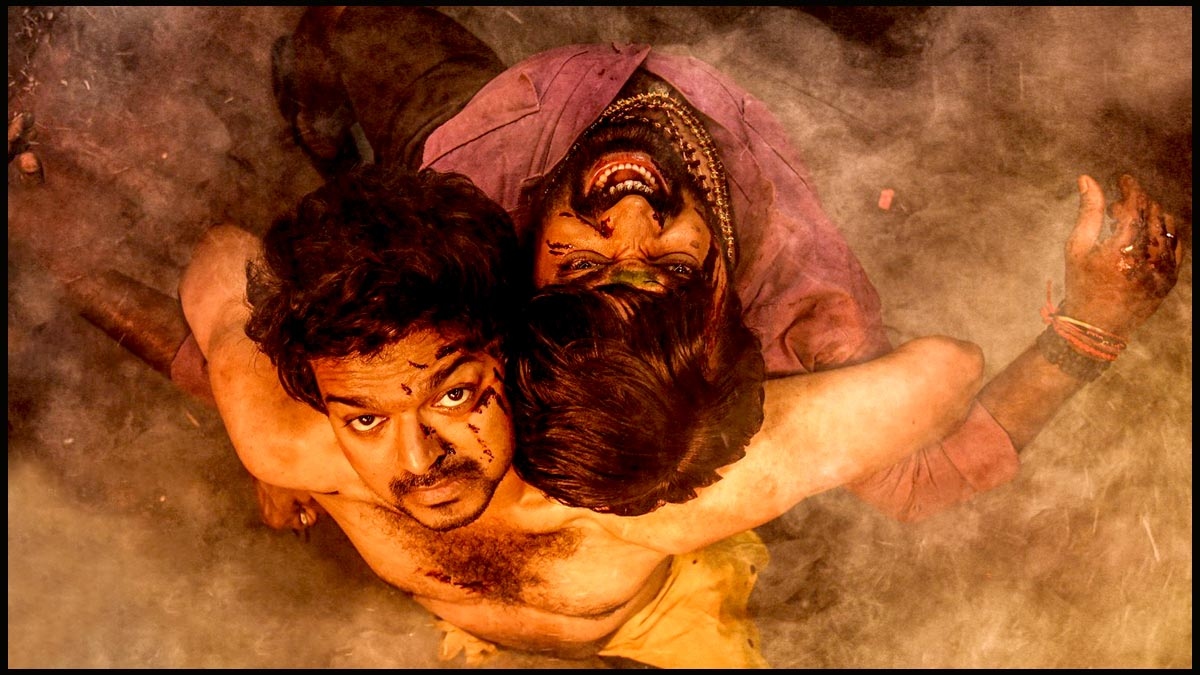 After back to back hits Managaram and Kaithi, director Lokesh Kanagaraj is back with his third project Master, teaming up with one of the biggest stars of Kollywood – Vijay, and has succeeded in his mission of delivering a terrific entertainer catering to classes and masses. Master gets going right from the word go, and presents interesting moments one after the other. With the arrival of Vijay on screen, the screenplay gains momentum which never dips at any point. Lokesh Kanagaraj has proved himself to be a fanboy and has delivered Master as a celebration of Vijay the star, with plenty of goosebumps mass moments for fans to celebrate and rejoice. Pitting another most loved hero Vijay Sethupathi as the antagonist against Vijay, Lokesh Kanagaraj has etched his character in such a way that he entertains with his unique villainy. With numerous positives aside, Master has its share of flaws as well, as the movie has a very straightforward plot and proceedings without much twists and turns, with most of the characters not getting enough scope to perform. With several extended, unnecessary moments, the second half is lengthy and drags at places. Nevertheless, it’s a Vijay – Vijay Sethupathi show, perfectly orchestrated by Lokesh, who’s very well supported by the rich technical team – Anirudh’s score, Sathyan Sooriyan’s cinematography are assets to Master.  Master has a simple plot, elevated by Lokesh Kanagaraj’s screenplay with many mass moments. All said, Lokesh Kanagaraj’s Master is a fanboy ode to Vijay, that makes this festive season even more festive, with a mass action treat for Thalapathy Vijay fans. Don’t miss this entertainer from Vijay and Lokesh Kanagaraj.

Verdict: Vijay treat for fans from a fanboy director