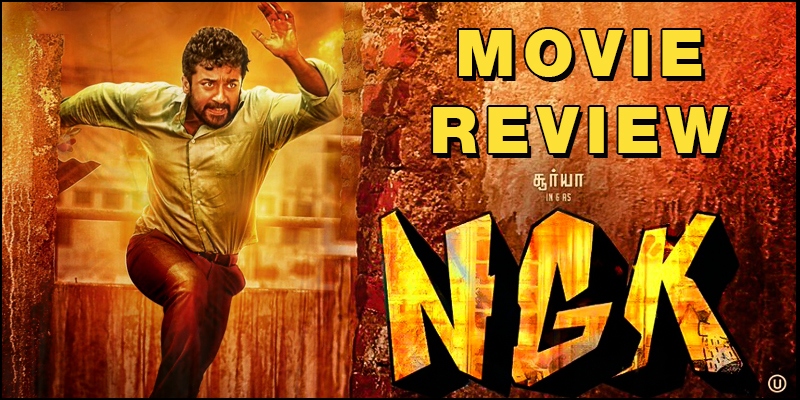 It’s been more than an year since Suriya made a silver screen appearance in Thaanaa Serndha Koottam, and now he’s back with his most anticipated and long delayed political entertainer NGK, joining hands with the acclaimed maker Selvaraghavan whose last release was Irandaam Ulagam (2013). So what has the combo delivered? Who’s NGK? Let’s look at what the movie offers.

Nandha Gopalan Kumaran aka NGK, an M.Tech graduate turned organic farmer is pushed into politics for the welfare of his people, and as he joins Pandiyan(Ilavarasu), he slowly learns the dirty side of politics, and also gets to know opposition leader Pichai Muthu (Ponvannan) and Chief minister Killivalavan (Devaraj) and their notorious ways. As NGK rises, he invites the wrath of both the leaders, and when they target him, how NGK retaliates, and how he schemes and makes clever moves despite losses, and whether he succeeded in his political mission is what NGK is all about. 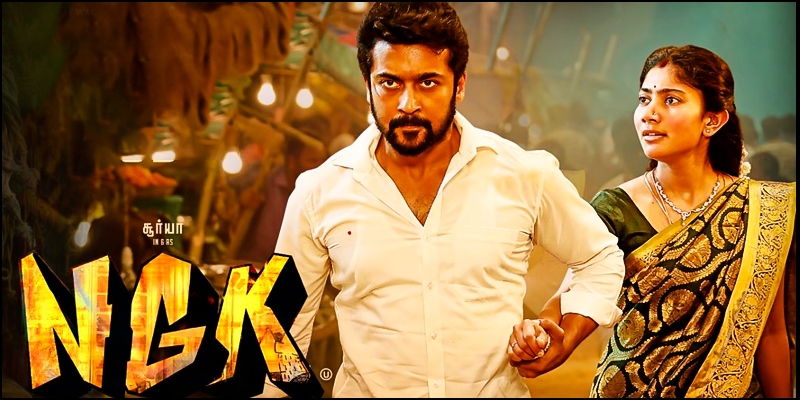 Suriya is extremely energetic and delivers an intense and emotional performance. His body language and dialogue delivery, in various phases of the movie deserve special mention. One must thank Selva for presenting vintage Suriya, the powerhouse performer. Sai Pallavi delivers a mature performance in the initial sequences, but falters post the arrival of Rakul’s character, as her dialogue delivery in emotional episodes seems a bit overdone. Rakul Preet Singh looks fit as the corporate strategist, but her lip sync and dubbed voice are a matter of concern. Bala Singh is apt, while Ilavarasu is impressive and steals the show whenever he comes on screen and Rajkumar is adequate, while the rest of the cast including  Ponvannan, Thalaivasal Vijay,Vela Ramamoorthy, Nizhalgal Ravi and Uma are underutilized.

The first half of the movie though begins on a similar tone as LKG, gets darker, and the rise of NGK with impacts on his family and the way he develops a connect with leaders while also inviting their anger is well depicted. The Thandalkaran song has some fun visuals, and the movie reaches the interval with an interesting lead. 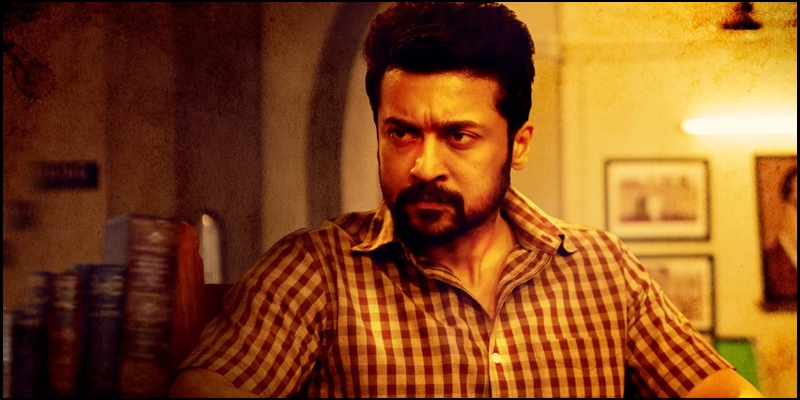 The Second half gets violent. and makes one wonder how the movie was certified U, and the relationship between Suriya and Rakul, as well as the reason for Sai Pallavi’s fall out aren’t presented well. Several characters like Ilavarasu go missing, and the placement of songs like Pothachalum, Anbae Peranbae are poor, with the later being an unwanted one. Though there are negatives, the movie finally culminates with a message effectively and emotionally conveyed by the terrific actor Suriya in full form. 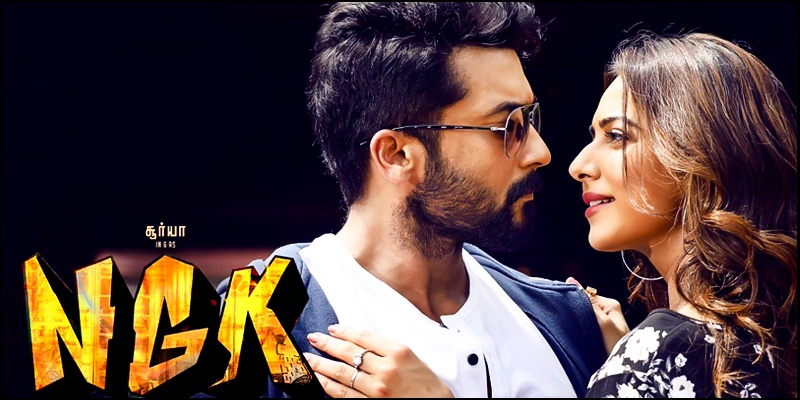 Background score by Yuvan Shankar Raja is terrific, while of his songs, Anbae Peranbae stands out. Sivakumar Vijayan’s cinematography is top notch, as it captures the action episodes and the violence on screen effectively. Editing by Praveen KL could have been better, as several sequences extend longer than required. 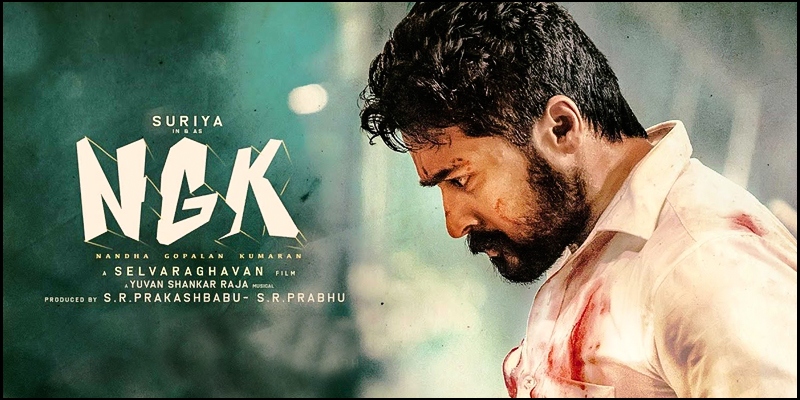 Director Selvaraghavan, after dealing with human relationships predominantly in his movies, had once touched politics and its bond with gangsters in a raw and realistic manner in Pudhupettai (2006) which is revered as a cult flick. 13 years later, he’s come up with a complete political entertainer, which was expected to be Pudhupettai 2, but sadly what we get is a product that makes us wonder if this was the maker who delivered 6 interesting and unique movies, establishing himself as a unique and talented maker. The movie has predictability throughout, as Kollywood has witnessed way too many political entertainers in recent times, like LKG, NOTA, Sarkar to name a few. Besides, the characters in the movie do not have an arc, and are weakly etched, pointlessly wandering on screen, making it difficult to root for any of them. Despite all the shortcomings, Suriya shoulders NGK solely on his able shoulders, with a powerful performance, and Selvaraghavan succeeds occasionally with several episodes and his take on the current political scenario on how a third leader can rise despite opposition from either sides. All said, for NGK’s noble theme of inspiring youngsters to take the political plunge alone, Selva deserves a pat.