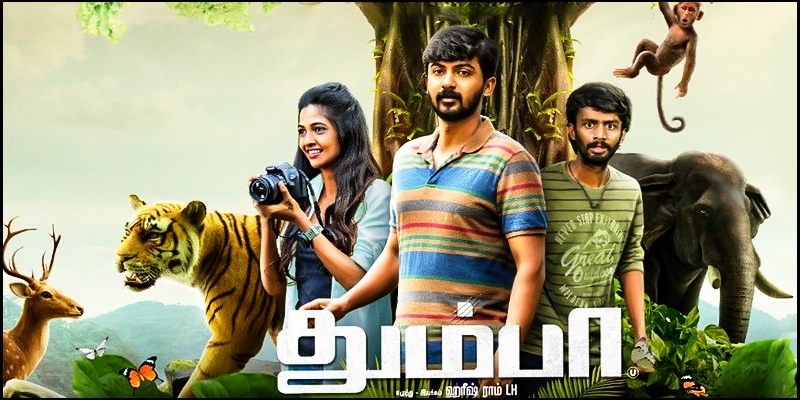 First off, its delightful to see directors attempting novel subjects, going away from the stereotyped style to break free in a different league. Yes, the production values for Thumbaa is minimalistic, rather too obvious one could say, but the honesty in coming up with such an entertainer deserves applause. The movie is much required considering how much humans have started exploiting nature to the worst possible extent. The movie touches various aspects of nature, poaching and a lot more underlying within the script keeping in mind the light-hearted comic aspect too.

Two guys – Dharshan and Dheena set out to Top slip for a painting job – right into the core of the dense forest and set out an adventure to remember. Dharshan who was quite chaotic for his role in Kanaa is back as the lead and still looks very amiss, probably not the best of hero material. Dheena on other hand basks on his good popularity with his one liner that clicks sometimes or otherwise tests our patience. So, with these two wanderers on one side, there is Thumbaa and a baby tiger; they have crossed over the reserve forest area of Kerala and are into Top slip. Following the trail are a gang of poachers who are behind the tiger, then there are these stereotyped corrupt forest officers who would go at length to harm nature. The painting duo meet wildlife photographer Keerthi Pandian and find out that the Thumbaa is in grave danger. How the roads of various characters cross and what happens to Thumbaa amidst all this action is what the rest of movie is all about. 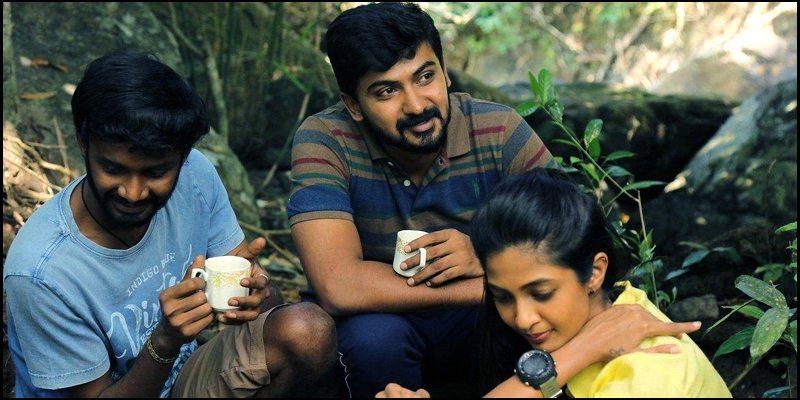 Harish the director is very nature and animal friendly, one could easily say from watching the movie. He is careful in shaping up various characters around the animal, to an extent reasons with the Tiger very well. The problem starts with the VFX; yes the film is visually better, but the CGi works appear too immature – blame it on the amount of Hollywood movies we watch, the eye is trained not to distinguish between what is real and what not. It is understandable considering the production values that Thumbaa has but after a point of time the animals look very much artificial, like the toys you find in Hamleys. For kids, this should really be an engaging outing, there is a monkey character designed especially for entertaining and it does an exceedingly good job. As much as is the character delightful, it faces the same issues with visualization. 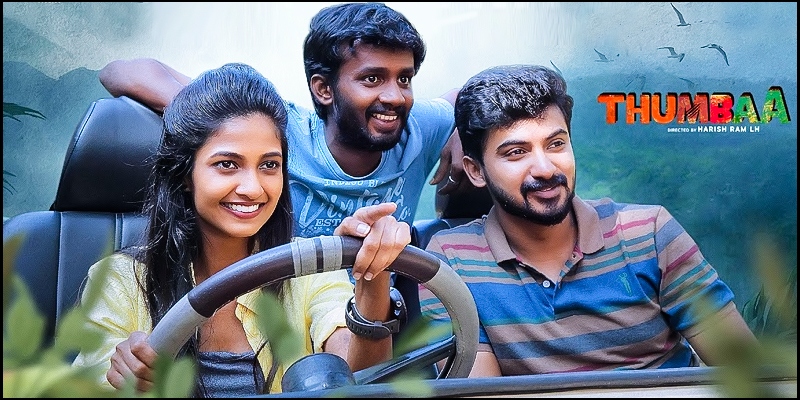 Technically the film might have been a letdown, otherwise there is enough elements to make Thumbaa a watchable affair. The villager’s desperation in saving the forest and tiger from the clutches of hungry forest poachers is very convincing, there are several heart-warming moments which should appeal to nature lovers. The lead characters are somewhat convincing, there is a feeling that maybe if had been played by even more heavier characters with a bigger budget; Thumbaa could have taken a generous take at BO. Jayam Ravi’s surprise cameo is delightful and lightens up the screenplay. Music by various artists are in line with the Jungle milieu, keeping the tones colorful. 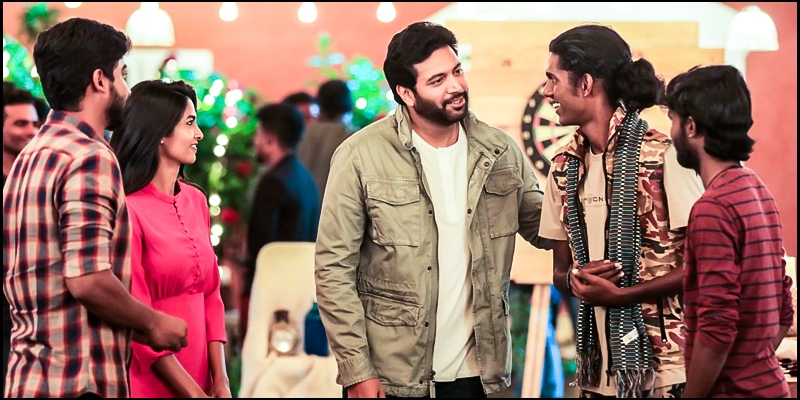 Verdict : Overall Thumbaa is a decent attempt for the nature of script revolves around nature. In the search of desperate comedy, the films lets the screenplay go chaotic now and then, still trying to weigh the story towards the Tiger and its antics.